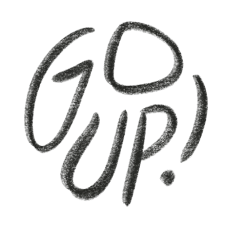 As the daughter of an artist and an academic, I grew up doodling and creating, while also maintaining a powerful work ethic and love of mathematics. Naturally, I was attracted to the intersection of creativity and structure inherent in typography. In 2018 I graduated from Type@Cooper, a type certification program through Cooper Union providing a comprehensive study of type design, technology, expression, history, & theory. It was during my time at T@C that Ghent was born.

Ghent is a cheeky stencil type family with an affinity for abstracted and rounded forms. Ghent Regular, Bold, and Bold Italic are intended for large-scale display editorial and branding applications. Ghent’s companion Book style is intended for text sizes in print or on screen.

Jump to Ghent in use 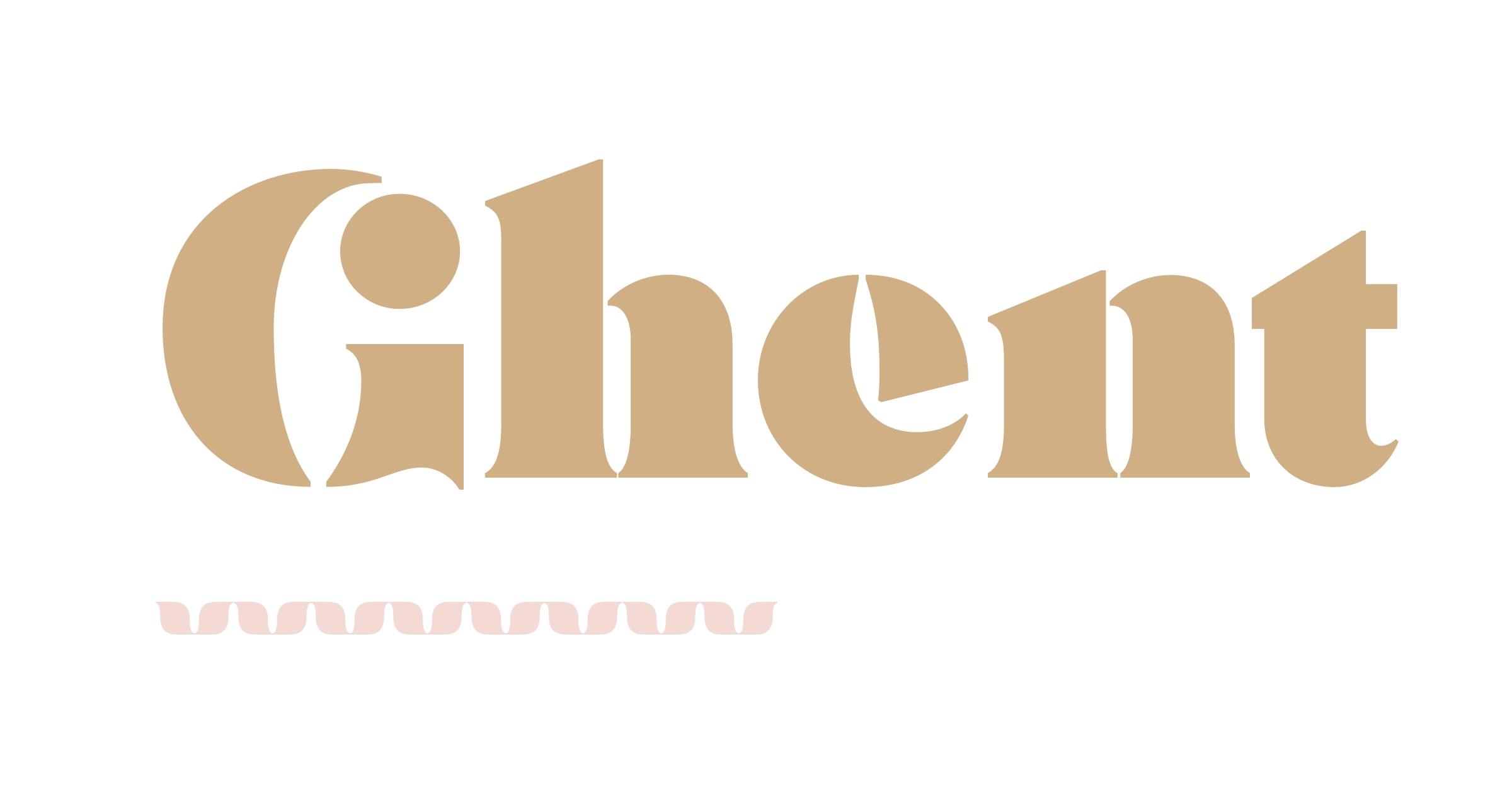 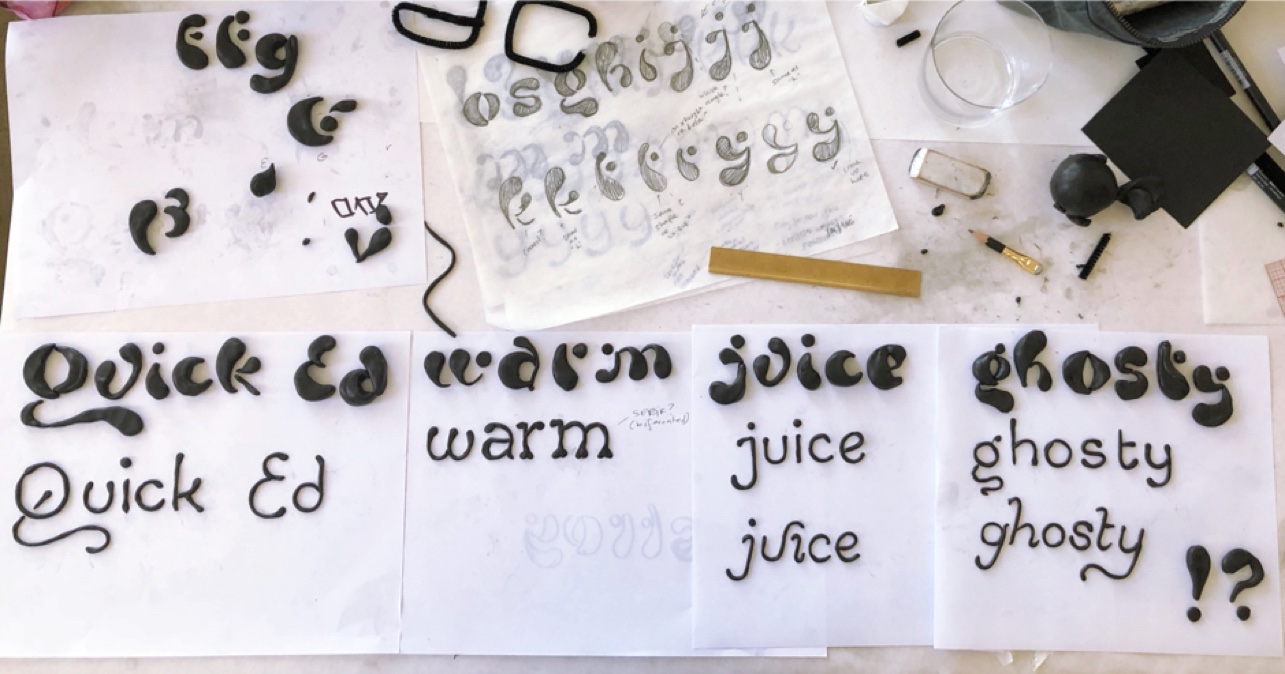 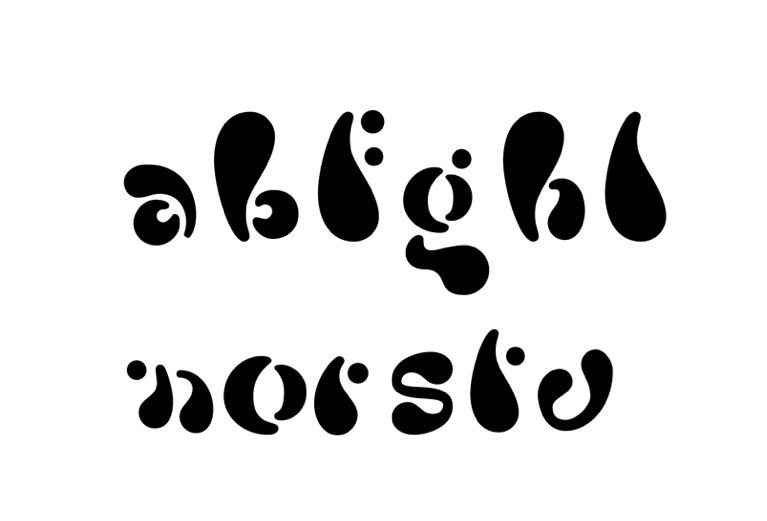 As a child Sculpey connoisseur, my hands happily, quickly, and mindlessly created unique letterforms during James Edmondson’s experimental workshop as I opened my eyes to letter formation beyond the pen.

I took some photos of the results before smooshing them back into a ball of Sculpey. Looking at the photos later, I was surprised by how much I liked them and decided to translate them into digital forms.

I knew I could either keep moving in this fun freestyle direction where each letterform was given its own unique slant of a personality, or I could be responsible and put on my typography hat and apply some structure. I put on the metaphorical hat, and began to experiment with enhancing legibility and adding consistency, while maintaining the high contrast display. I decided to forgo the funky, organic shapes and instead focus on the juicy detached elements, creating a display stencil typeface.

Ghent v1. Why hamburgerfont? Type designers use this word (or some derivative of it) to visualize letterforms in progress because the word incorporates and summarizes every key shape in the alphabet.

It was during Nick Sherman’s Variable Fonts workshop that I experimented with transforming Ghent letterforms into bouncy personalities. This workshop opened my eyes to the magical (and not so scary!) world of Variable Fonts. But it also helped me envision Ghent in a more playful context. Thinking about Ghent with happy and light associations subconsciously affected how I approached design decisions. As I eased up, life began to breath into the typeface and it felt like my own.

Design display fonts to look good when used for... display

Adding thin stroke endings to the bold letterforms both enhanced and refined the toothpaste-like personality  given it would likely be used in large text sizes.

one t is happier than the other

Make rules, but then know when to break them

Perfect circles played well with Ghent Regular, but didn’t work for bolder styles. Instead of rigidly enforcing my rules, I optically swapped them out for oblong circles.

The imperfectness of the round shapes also contributed to the warmer, more welcoming aesthetic I was actively aiming to move towards.

I had been meticulous about maintaining consistent stroke ending measurements: exactly ten pixels, but it wasn’t until I took a step back that I recognized the optical differences made by the angle of each stroke ending.

The letterforms appeared much more cohesive after adjusting each stroke ending to terminate in a similar way, as if a chunk of silly putty had been pulled apart (the toothpaste effect, as I internally referred to time and time again).

I added sharper, longer serifs and stroke endings to all the glyphs to reinforce the toothpaste effect.

Changing the ball terminal structure from curved to overlapping made letterforms appear crisper when printed small.

Changing the ball terminal structure to overlap made them appear crisper when printed small.

Tightening serif curves on Ghent’s book style helped sharpen the appearance of the letters, especially when printed in small sizes.

The s, both lowercase and uppercase — and in all styles — was challenging. How do I include both a thick spine AND hardy ball terminals that are large enough to parallel those in the other glyphs? How abstract should I go? Does it look like it is leaning forward? Changing my process to drawing the rounded ball terminals first, and spine second, helped. Hours tinkering in RoboFont (reflect horizontally, reflect vertically, compare, repeat) really helped.

See feature in the Letterform Archive

For collaborations, projects, or recent work